Hello everyone, it’s been almost a year since we last announced our changed plans for our project and our work towards the next wave. Well, the time has come as we’re happy to announce the release of Wave 5.5 available to download now!

As mentioned in our previous update blog post, this new Wave release was focused primarily on fixing various glitches, performance problems and the mountain of bugs that have plagued us over the years. While we hope you’ll have a more stable experience with this new release, it’s still early alpha days, and as such you should expect potential performance issues among other things.

But this build isn’t just about fixing stuff, we also took the time to add some extra content for you to play around with. This includes:

So check out the game today!

For a list of controls, recommended requirements and known issues please read the attached readme file. We hope you’ll enjoy the improvements and extra additions as we continue to lay the groundwork for even bigger things next wave. 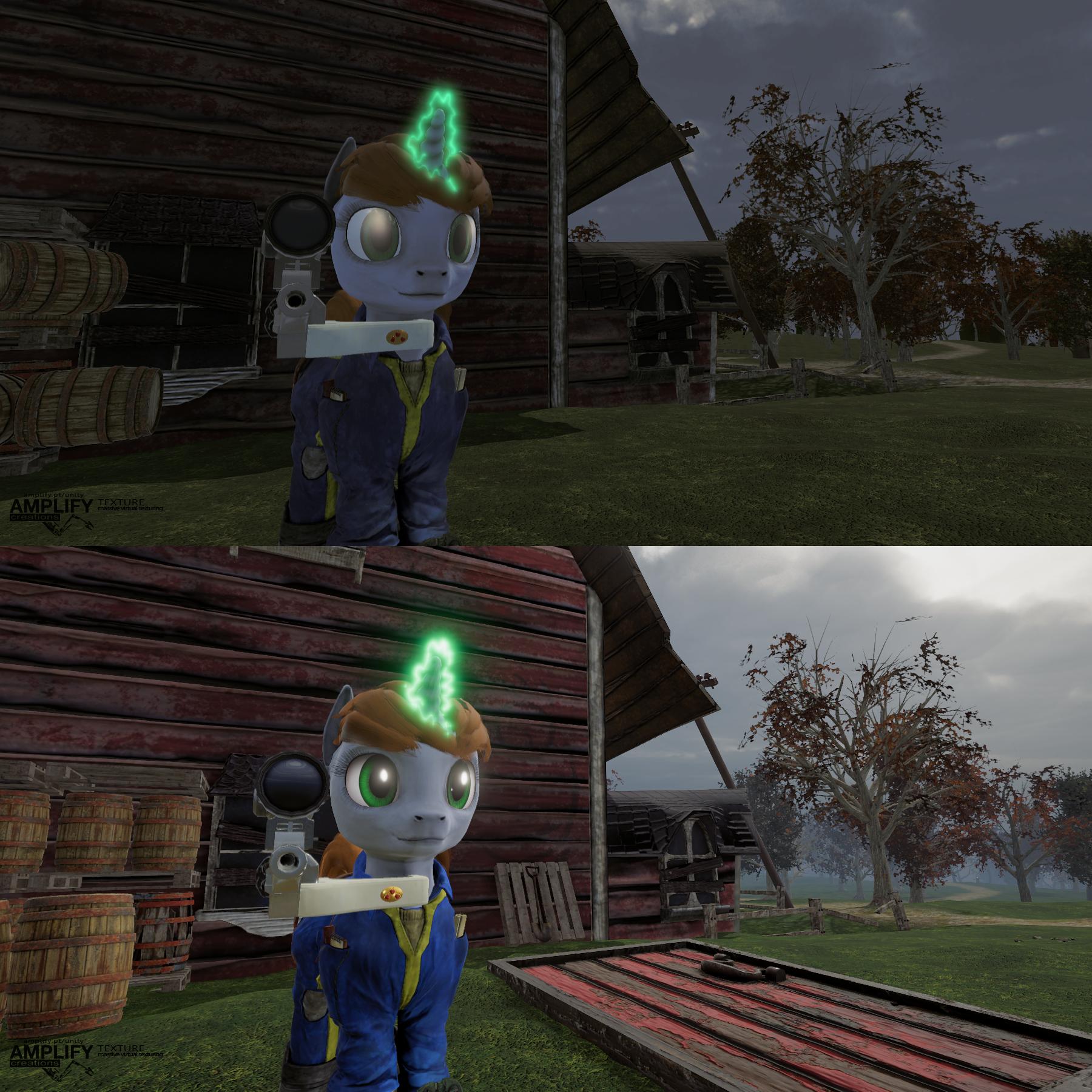 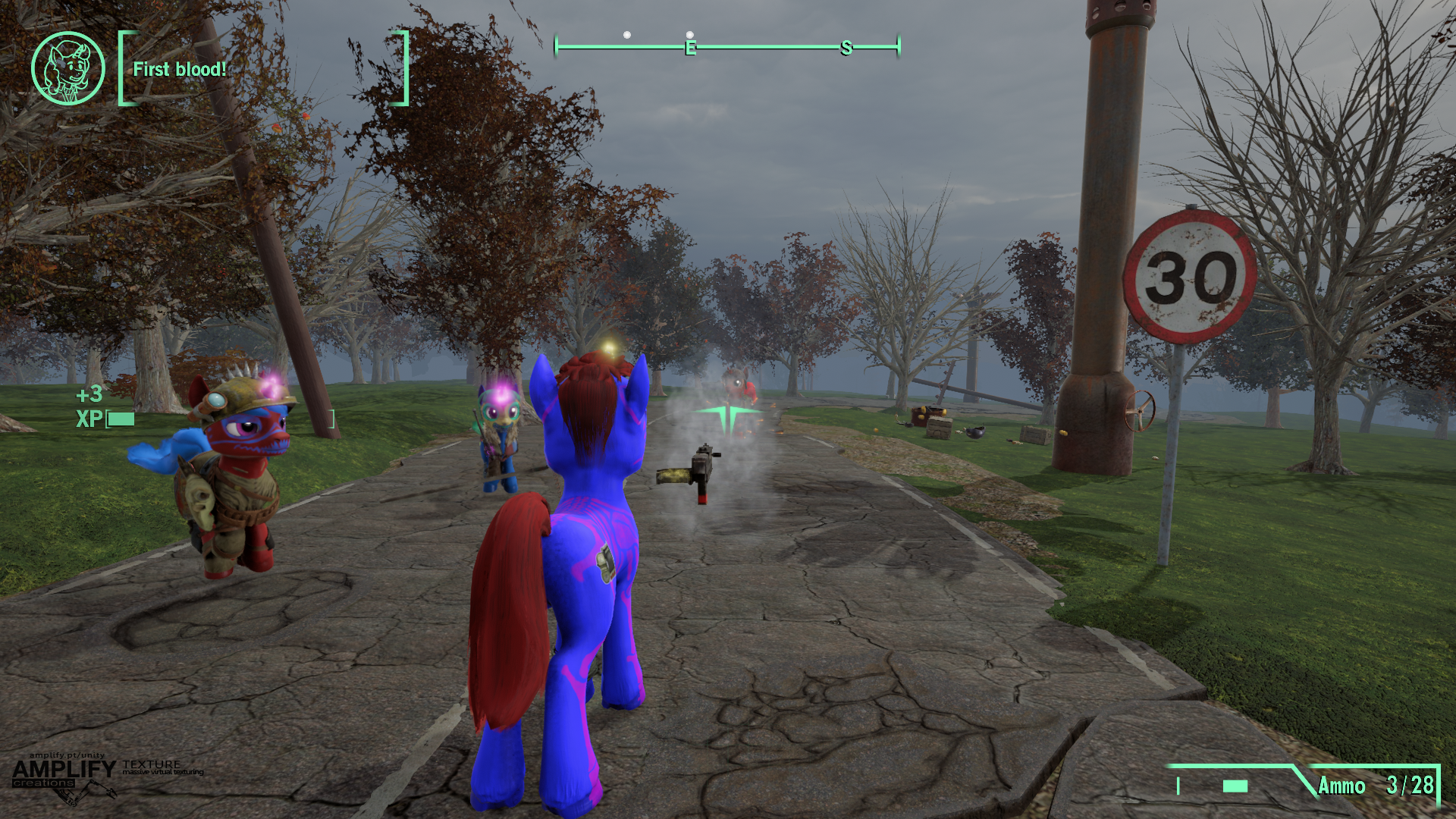 With Wave 5.5 almost completed, the team will be/has been transitioning onto Wave 6 and beyond. While we can’t go into detail about all our plans for the next wave we can mention a few things to keep you guys in the loop.

First, our programming team will be spending some time upgrading our game from Unity 5.6.3f1 to 2018.4. While this will be a lengthy process we feel this will help solve a lot of issues we’ve seen plaguing our game as well as open new functionalities we couldn’t work on for all departments in our current version.

Second, work continues to rework and revamp our Ponyville map to make it look as good as it should be. Part of this includes using new software to help us with asset generation that is still in the testing phase but wields some potential benefits.

Of course, the town itself isn’t just some abandoned husk. Ponyville is home to many unsavory folks, and you may find yourself thrust into a conflict that depends entirely on your actions as part of our quest system and tell the various stories of its residents.

We have more planned but alas we can’t say anymore. Tune in to future blog posts as work progresses and we have more to reveal.

We here at Overmare Studios are still open for applications for new members to join our ranks. All our teams are accepting new members but if you can contribute in the following department in particular please apply.

Apply to join our team here!

If you have further questions regarding applications feel free to reach out on our community Discord.

One big event for us at Overmare Studios was us attending Bronycon just in the last month. It's tragic this was going to be the last Bronycon so it made sense for a bunch of us to actually attend, and for some of us meet each other for the first time. We had an amazing time, the amount of people, the sheer passion for the fandom, and of course, the huge amount of pony plushies.

In addition to that however, thanks to the efforts of one of our developers we were also able to do an impromptu demo at the Arcade Hall on the third and fourth day of the con. Expanding to two laptops so more people could play not just our game, but also Horse Game as well who had their upcoming build to show off too.

We want to thank all those who came over to play the game, give us their feedback and just chat with us about the development. That feedback helped us fix a lot of bugs and make changes to this wave to make it a more enjoyable experience.

Bronycon may be over, but the pony cons will continue. That is why we were at Czequestria in Prague (23rd-25th August) where we hosted a panel with a few developers from Overmare Studios talking about the latest developments of Ashes of Equestria. The whole panel was also being live-streamed to Czequestria's Twitch channel so people who couldn't attend were also able to watch. Don't worry if you missed it however, as an archive of the panel will be available in the near future.

Not only that, but we were also at Vendor's Hall 2 showing off the latest build of the game for people to play. We hope those who attended had fun and shared their experiences online.

Our Discord community continues to grow and is the best place to discuss Ashes of Equestria. We post regular updates and announcements there too. So if you want to stay informed or chat with fellow fans please come join us.

Speaking of Discord, we'd be remiss if we also didn't promote a new Discord channel where you can chat with other fellow Pony game devs, discuss various game development topics, or potentially find jobs within the pony game projects. Check it out at chat.pony.games.

Do you prefer the word from the bird? We also have a twitter where we also post any updates and announcements. And also bad memes. Come follow us here!

For our Russian Ashes fans we are also on VK as well. If you prefer to keep up to date on there then feel free to follow us here!

Like to see all the art we produce in one location? So do we! Come check out DeviantArt group where you can see all our published works including concept art, posters, 3d models and more. Check it out at here!.