All of us here at The Overmare Studios would like to thank you for your continuous support, and wish you Merry Christmas and a Happy New Year.

We are at the end of another exciting year for our project. We have implemented most of the basic combat mechanics as well as spells, we have NPC creatures trying to kill the player, our adaptive music engine is already in place and we have taken the feedback we got from the previous demo and made improvements to the game mechanics based on that feedback. We have also had the chance to meet with a whole bunch of you guys at HW Con near Amsterdam, at GalaCon in Ludwigsburg, at BronyCon in Baltimore, and at Czequestria in Prague.

However, despite our best efforts, we are slightly behind the schedule with our public demo we promised to release around Christmas (what happens when you try to schedule work around the holiday season!). Keep your cool, the demo is not cancelled and we are still alive and working on the game, but we currently expect it to be done sometime mid-January.

In the meantime, we are happy to announce that we have a new model of ponies, courtesy of Nahka, the lead 3D artist. 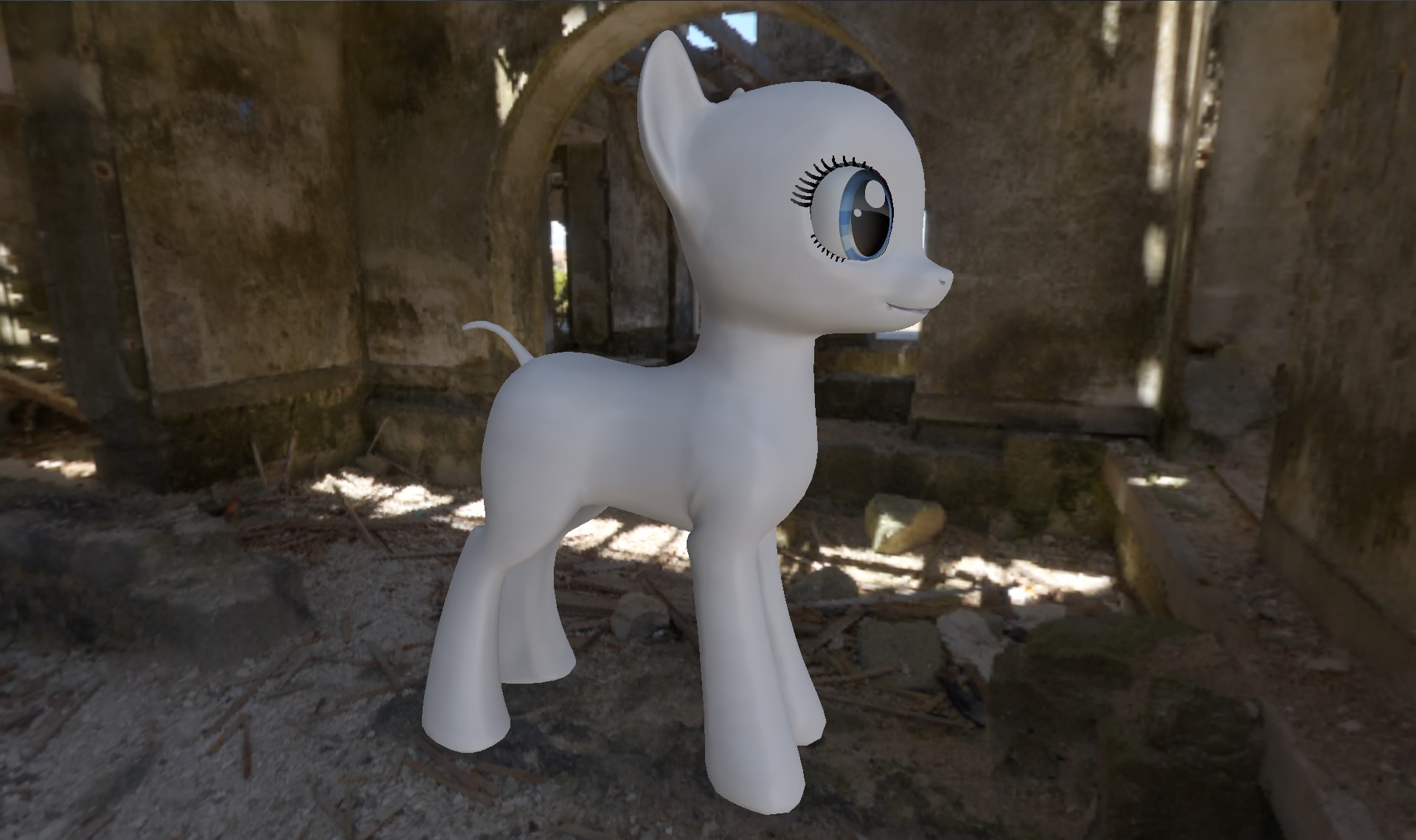 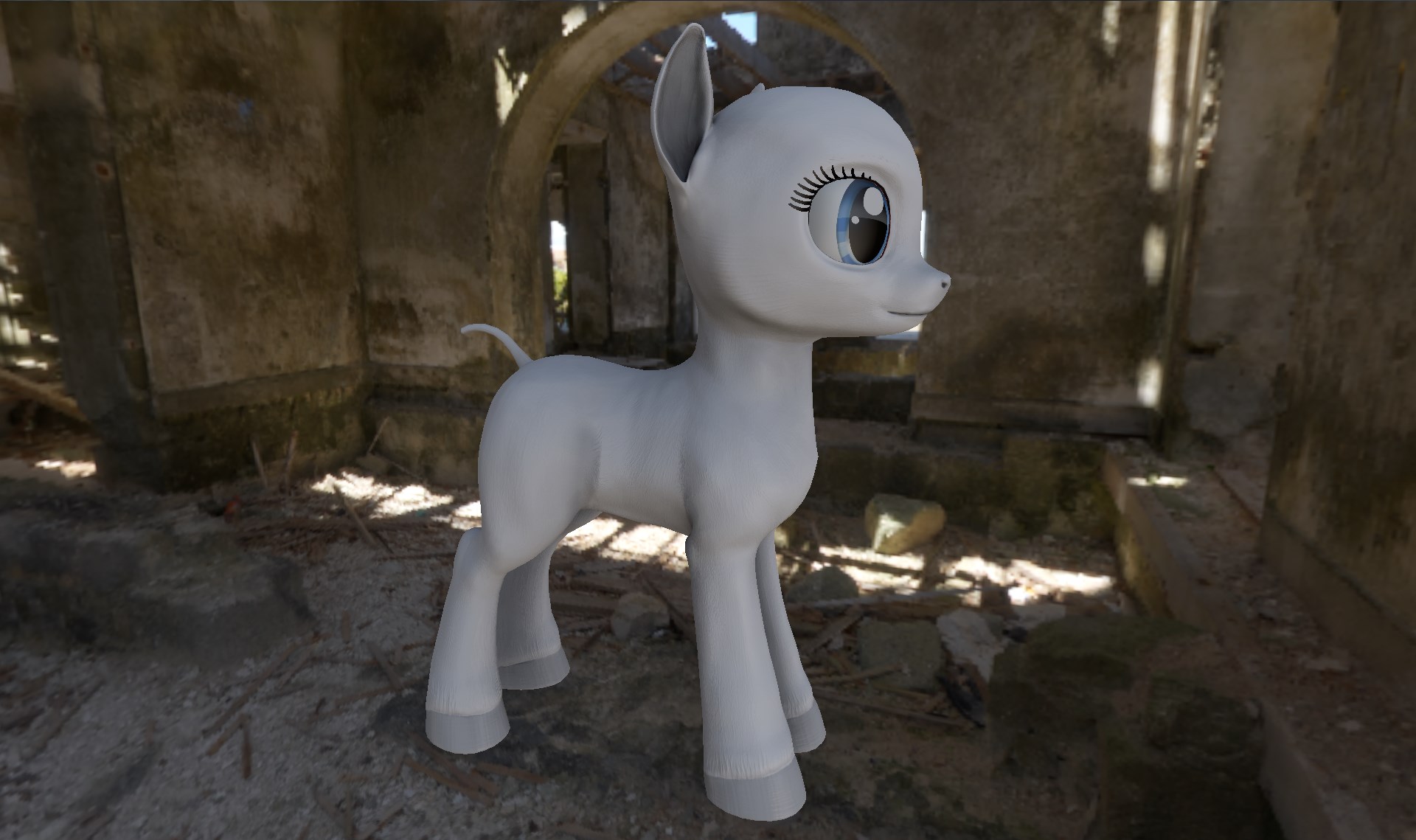 After the release of the our first demo way back in the day, one of the largest complaints from fans and non-fans alike has been our look and style of our pony model. That the overly cartoon look of it did not match the semi-realistic style of the world. Which for the most part was true, and our 3D TL took that as a challenge to make them more fitting to the world around them. 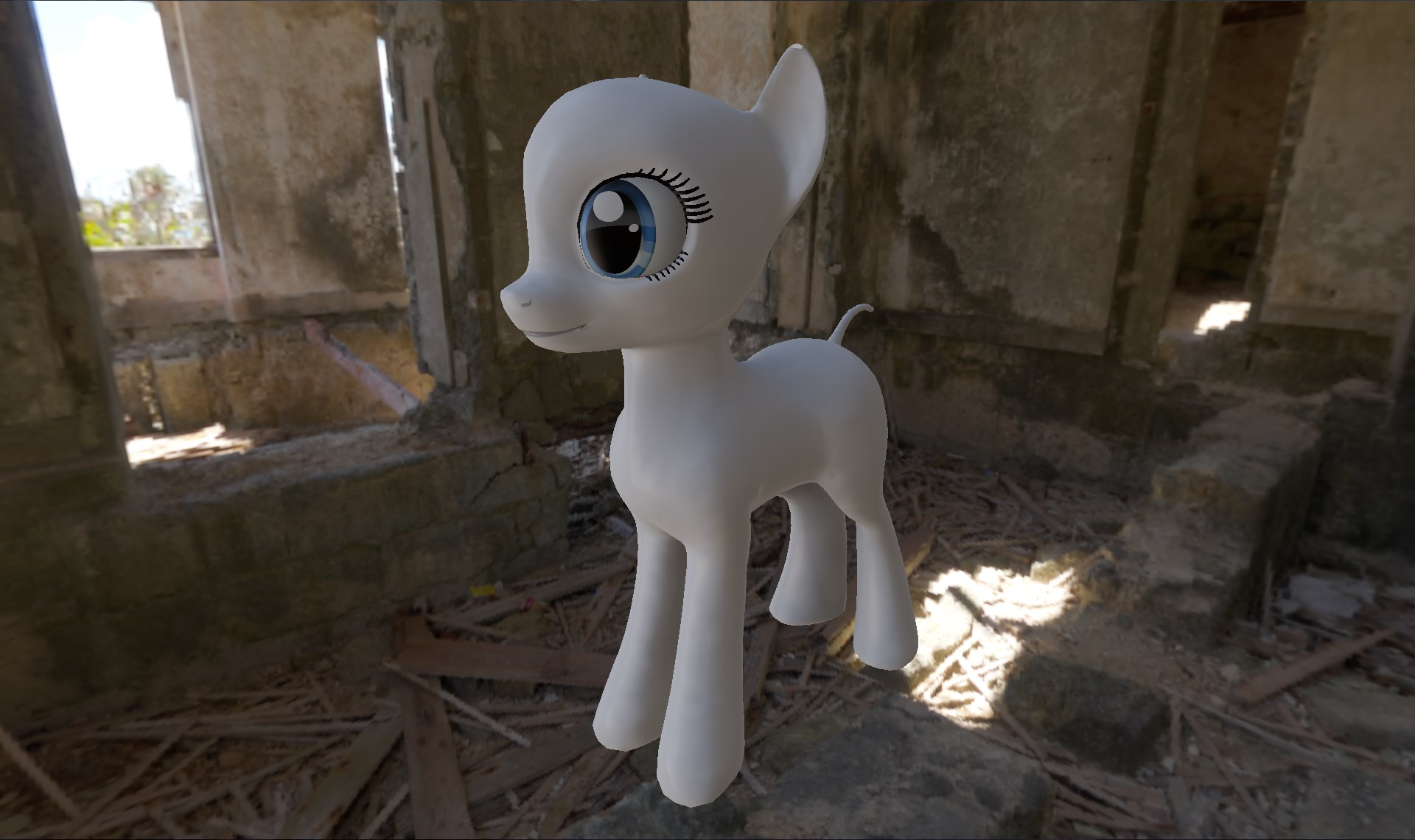 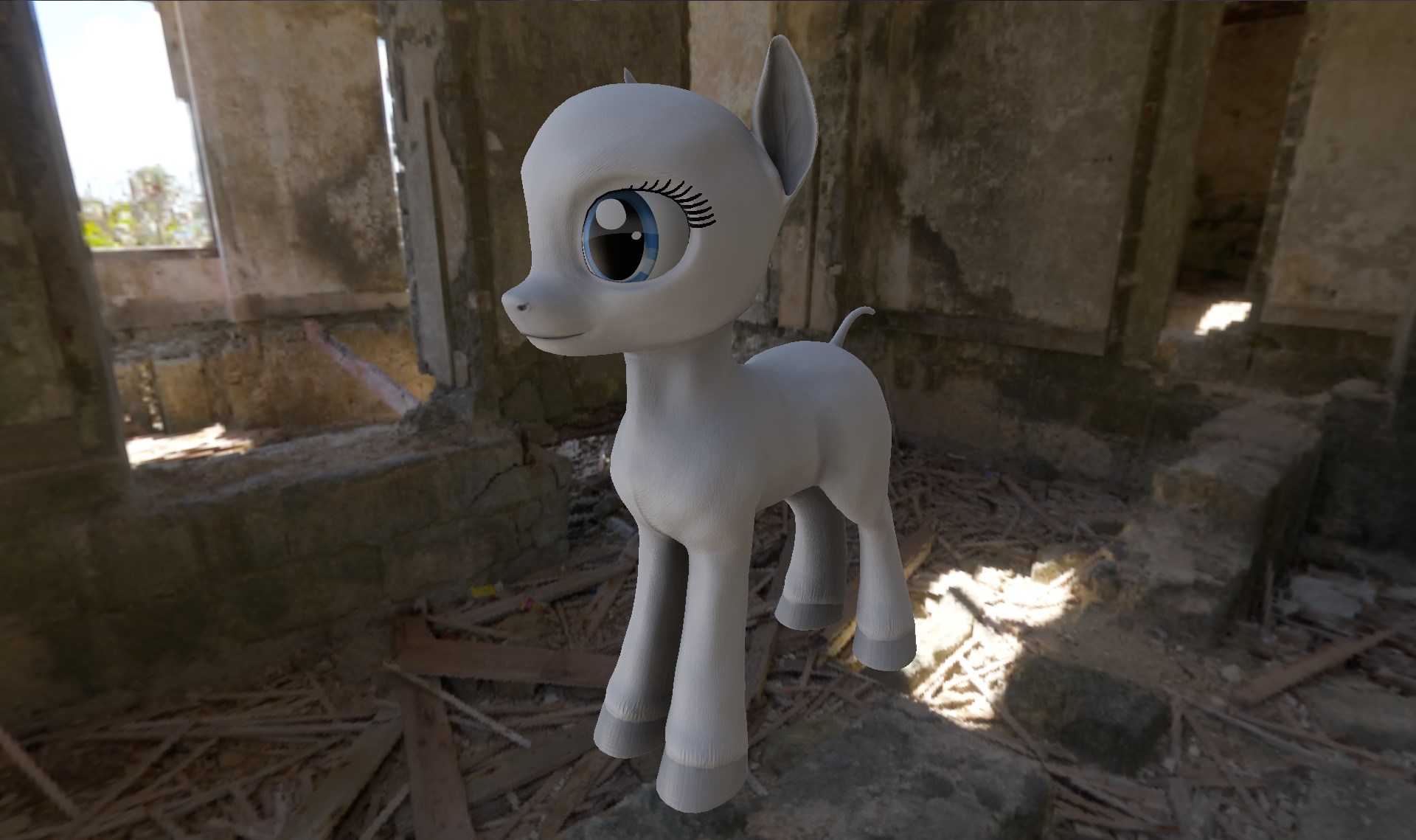 The first aspect to get an overhaul was the hooves, where we would change the rather stumpy marshmallow look to actual hooves. Next was the body, adding in muscle definition and additional details to give it a more realistic feel, and even the fur was given a overhaul with sculpted hair. The face was modified in order to make creating new expressions easier and more natural looking, and the ears, eyes and mouth received some additional details like eyebrows and veins. The in-game model was finally edited to resemble the sculpted model more closely to allow greater amount of details while baking, and to ensure that the normal map would not end up with any oddities. 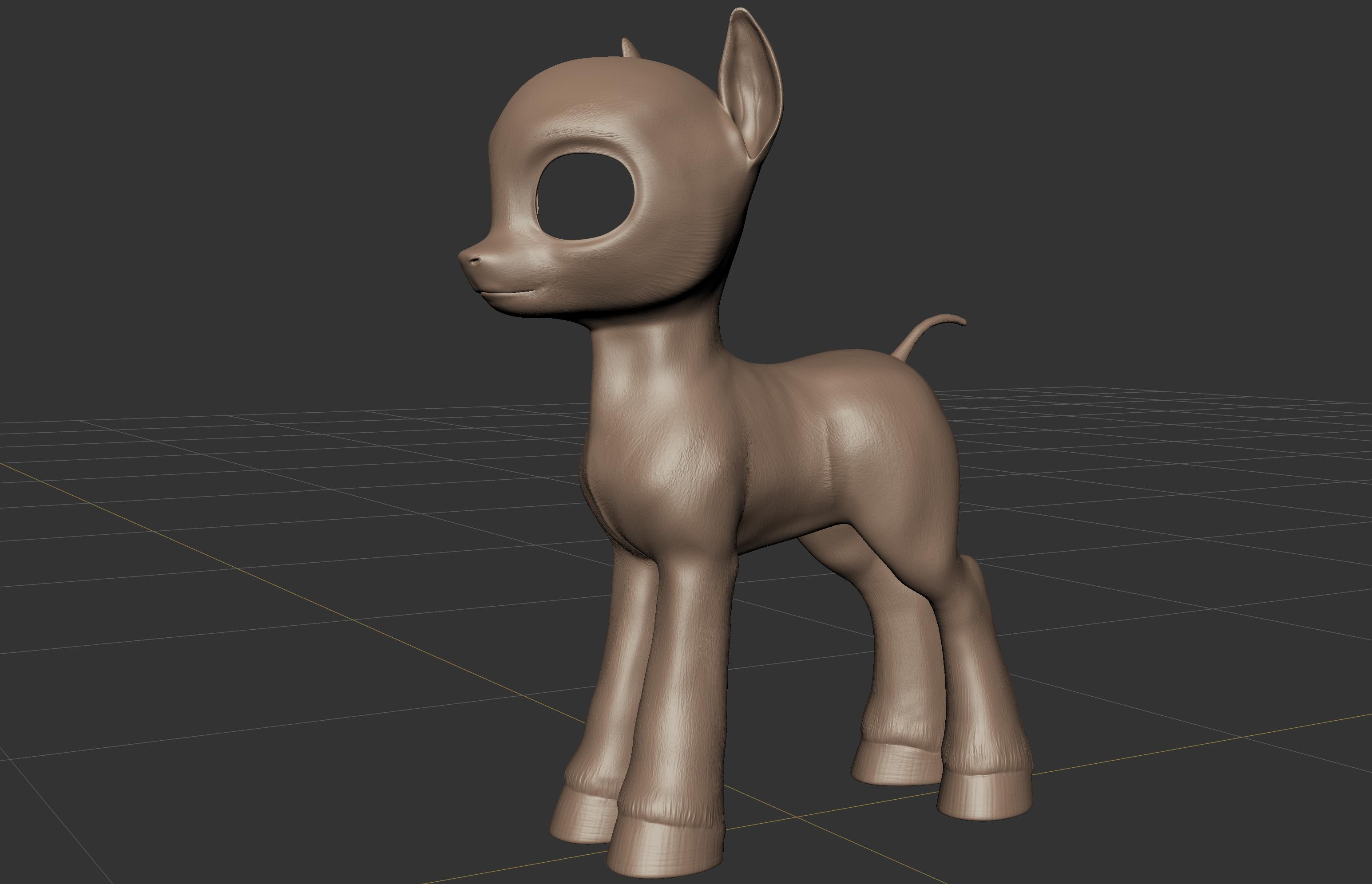 The whole pony also has new textures with properly created UVs and details, and even though it is still a work in progress, it looks miles better than the original, detailess texture. We are still experimenting with additional details like slight color variations and hair tufts like long fetlock hair, but you should see an almost finished version in the upcoming demo.