Out of the Stable

Just wanted to give y’all a tidbit of what we’ve been doing, we’d like to introduce you to our teams and let them tell you what they’ve been working on!

After the switch from GECK to Unity, design team found themselves in a difficult spot, all the game mechanics we set up to work with the GECK had to be scrapped due to the mechanics needing to be changed or improved. However, this did not stop us from continuing to work on the project. Over the past few months design team has:

Programming has probably been the team most affected by the switch to Unity. In essence, we were tasked with rebuilding a familiar RPG framework within an engine that, while incredibly flexible, has very few batteries included.

While the ‘true’ programming team leader was busy creating this wonderful website, I, Hamish (the ‘other’ director), took up the task of recreating all the specific functionality we lost when we moved away from GECK; We’re calling it ‘The Crusader Engine’. So far, it’s fairly boring back-end stuff, but it will enable us to do things like save and load the game, switch between scenes, and have slight changes in different copies of items, while keeping an overall template. Most importantly though, I aim to provide a simple, universal, and extensible framework for all the other coders here to use.

Meanwhile, one of our other programmers, Dolkar, found some serious performance flaws in Unity’s shaders and rendering path… So he decided to rewrite them all. I am honestly nowhere near proficient enough to give an in-depth explanation of his work. However, he has provided an excellent summary here.

2D team has a big task ahead of them, to literally create the very look of Fallout Equestria from the mundane to the grandiose. To merge the aesthetics of the show with the Fallout franchise. But we haven’t let that stop us, here’s part of what we’ve been doing over the past few months: 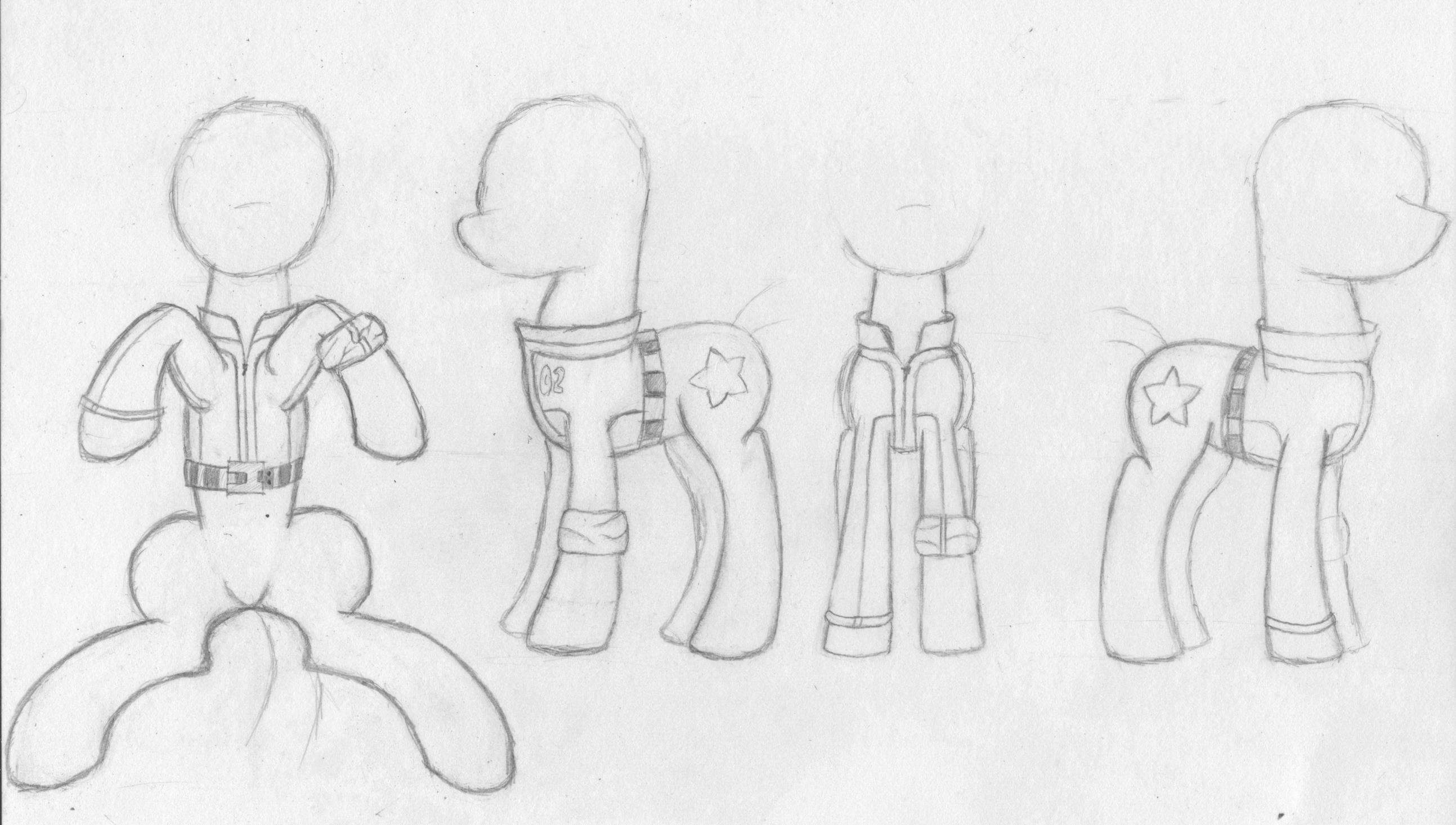 Currently, we have the designers to come up with the rules of the game, programmers to write down the rules, and 2D to make plenty of pretty pictures. Now we need people to do some dark 3D magics and create the world for the player to be thrown into.

The 3D team’s job is basically to create everything you see in the game based on the concepts the design and 2D teams create. The original plan was to reuse most of the assets from Fallout 3 and just modify those items that can’t be used by ponies, but since we’re no longer making a mod for Fallout 3, we figured to up the model quality and make everything from scratch. Because of that, the 3D team has been very busy creating all kinds of models ranging from small tools, to stable furniture, to, surprise surprise, ponies, not to mention the animations. No item shall be safe from us.

That said, it’s obvious that the 3D team won’t be running out of model or animation tasks any time soon. There’s always need for dedicated and skilled 3D artists, so if you can handle a 3D modeling program and don’t have anything better to do, don’t hesitate to toss an application to us. 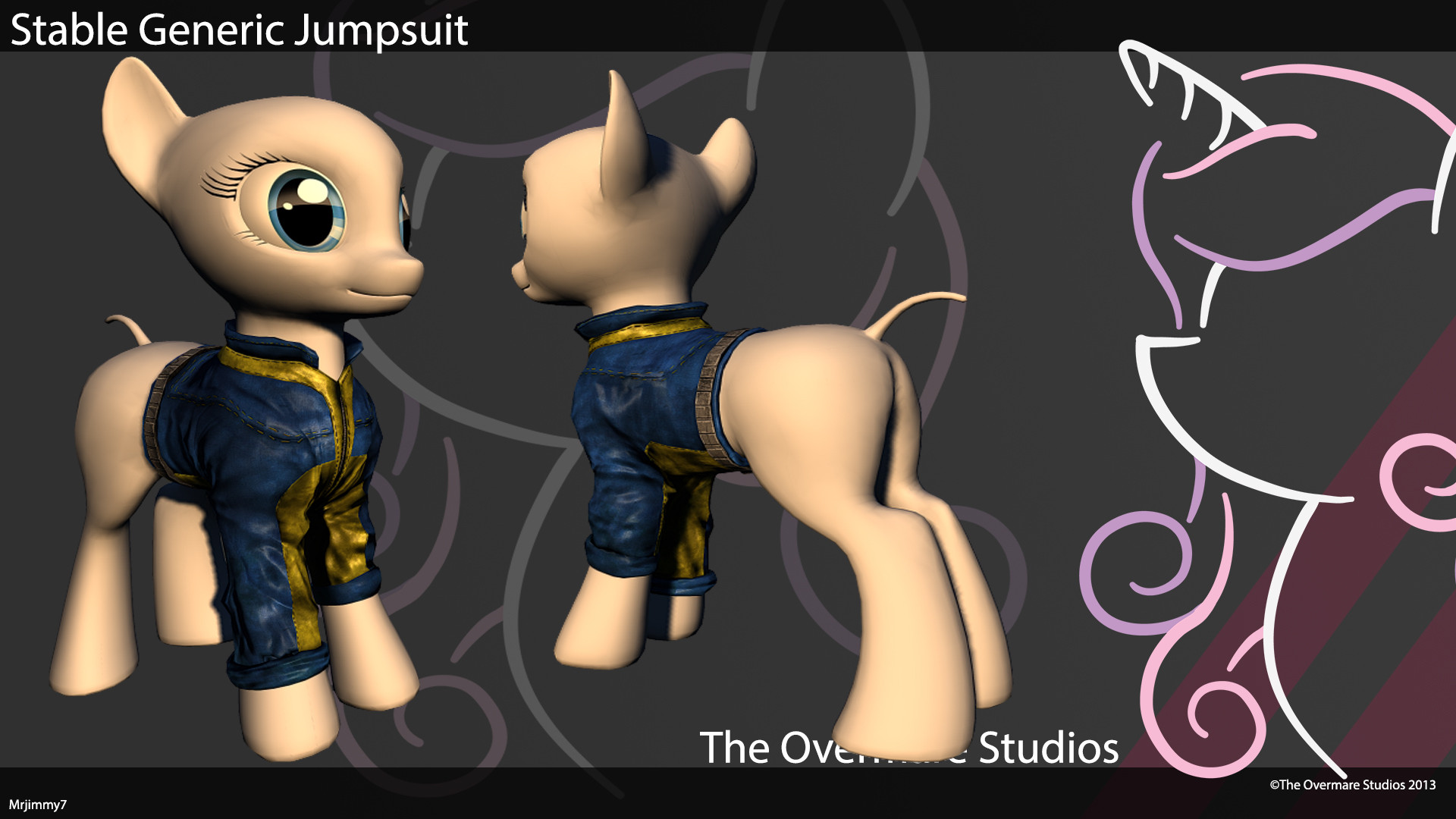 Script team has been working on a lot. This is a fic twice the size of lord of the rings, it’s safe to say we’ve got our work cut out for us in spades. Here’s a brief overview of what we’ve done so far. I say brief overview because if we dropped in all of our finished content, we’d be here all day:

The background music will respond to player's location as well as to the current mood of the game. We are using a combination of live instruments and synthesizers. Sometimes you'll hear an epic orchestra, sometimes we will use electronic rumbling, and sometimes it will be just the weeping of the fiddle in the wastelands.

Also, we are not forgetting about Velvet Remedy! Her songs are an important element of the original fic and our game will acknowledge this. As of now we have four pieces for her. Two of them are fully written and arranged and the other two are being sketched.

A sneak peak of our New Appleloosa ambience can be found on our brand spankin’ new soundcloud. The Music Team will go by the name of Wasteland Wailers from now on.

Our VA team has been working very hard in shaping their characters to make sure the wasteland of FoE is both gritty, with a bit of beautiful and very much alive. We have some fantastic established talent involved as well as some unknowns who blew us away with their characterization and understanding of these beloved characters.

Here’s a few of the roles we’ve cast:

We have yet to cast Watcher or Steelhooves. (hint, hint, to any aspiring VAs)

Our audition system has been completely revamped, meaning that instead of applying for the team in general, you’re applying for the specific roles. In order to do the story the justice it deserves, we need great voice actors and actresses to bring the characters of the story to life. Needless to say there is a massive amount of them, ranging across all genders and species, but despite of that neither the story or you deserve anything less than the best.

Something you guys might like hearing is that we will be aiming to do these every two weeks! And our question to all of you is, what would you like to see in them in the future? Please tell us your suggestions in the comments below.