Journey to the Cons, Vol. 2

It is that time again… Time to travel to conventions!

Because last year was such a success and we had so great fun, it is only natural for us to attend conventions this year as well. And this time, the stakes are higher than ever as The Overmare Studios will be making our debut appearance at the two of the largest brony conventions in the world; GalaCon and BronyCon! Not only that, but we will also make a return to Czequestria!

As our roles at all of the conventions are slightly different from one another this year, we have listed the conventions in chronological order below, as well as detailed what all you can expect from us at each of them.

Also don’t miss the new radio song by our resident musicians Wasteland Wailers, which you can find at the bottom!

At GalaCon, we will be hosting a panel that will mainly be comprised of two integrated topics.

One part will be about our experiences in being a part of such a unique project, which will hopefully offer useful insight to anyone who is either interested in starting a project of their own, or wishes to learn how to possibly improve one they already have running. However, we recognize that not everyone at the convention would be interested in only the game development and project management experiences, and for that reason in addition to the more general section, the panel would also extensively talk about the Fallout: Equestria game project, both the present state and what people can expect from it in the future.

At the end of the panel we will naturally have a Q&A session, giving you a chance to ask the questions you have been dying to get answers for!

BronyCon… Now, this one is interesting. We will not have a panel at BronyCon 2015, but instead we will have a booth at the vendor hall!

Before anyone freaks out, no, we will not be selling the game there. The game itself is and always will be non-profit, and we will not be asking nor accepting any money for it. But then, why would we have a booth at the vendor hall?

Our booth will have two primary functions, both of equal importance. The first function is indeed sell products, but like already mentioned, not the game. Instead, we will be selling a selection of sweet looking posters! We have already shown some of the posters we will be selling before in our art posts, but as you will notice, we have gone back and significantly kicked up the quality of each of them in order to make sure they are up to the standards.

For the sake of clarity, when you are buying a poster from our booth, you are not buying the game, nor are you required to buy anything to be able to play the game.

The second function is… Playable. Demo.

Yup, you read that right. For the first time ever, we will be giving our fans a chance to try out the Fallout: Equestria game!

Despite the demo being relatively limited in size and only having focus on combat, we realize that at a convention with 10 000 attendees there is a high chance that there will be people who will only be able to play a very short session, if at all. But, you don’t need to worry. We will also be handing out download codes, so you will be able to try it out at home as well. However this build will not be available immediately after the con, as we wish to spend a short amount of time fixing the most prominent bugs and issues that people find during the convention.

But you might ask, what about everyone else who is interested, but is unable to attend the convention for one reason or another? Well, fear not, we have not forgotten you either. While we will not be publicly spreading the build we will be sharing with con attendees, we will make a new, even more polished build available to absolutely everyone through our website a little while after. The reason we are opting to not spread the convention build publicly is simple: based on the feedback we get at the convention, we will try and fix the most prominent issues that come up, as well as give it a round of polishing so that our first truly public demo will be as good as reasonably possible.

We will be making a return at Czequestria this year, and we will not only have a panel, similar to GalaCon, but also a playable demo like BronyCon. That’s right, Czequestria is getting a double score! And not only that: Two members of our music team will perform during the evening.

In addition, our next blog post will be a pre-convention podcast. In it we will be going through our convention plans and expectations in more detail, and much like in the last podcast, we will try our best to answer any questions you might have regarding them.

As such, if you do have any questions related to our convention plans or anything related, please post them either in the comments of this post, or our forums. We’ll do our best to answer as many of them as we can!

After the conventions we will also do a follow-up podcast, talking about our experiences and how everything went.
​In addition to all of our official program, if you see any of our members walking around at any of the conventions, don’t hesitate to come and say hello! We always love meeting our fans, and can’t wait to hear all of your opinions.

For specific times and location, please refer to the respective conventions’ websites. Some times have yet to be determined.

We couldn’t make every convention, but for those we could, we would like to thank them for having us!

Can’t make any of the conventions? Don’t worry! We’ll be sure to post footage when time permits.

Thank you to all our fans and team members for making this possible! 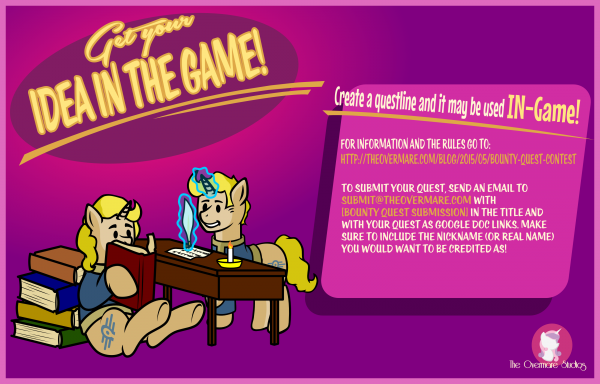 As a reminder, our first ever quest contest is still going! The deadline for submissions is 30th of September 2015, so there is still plenty of time to participate. Even if you have already sent us your quest, remember that you are allowed unlimited number of submissions. We have already received a nice amount of quests, and we can't wait to see more of them.

To finish off with a bang, have the latest radio song for the game’s soundtrack by our resident musicians Wasteland Wailers!